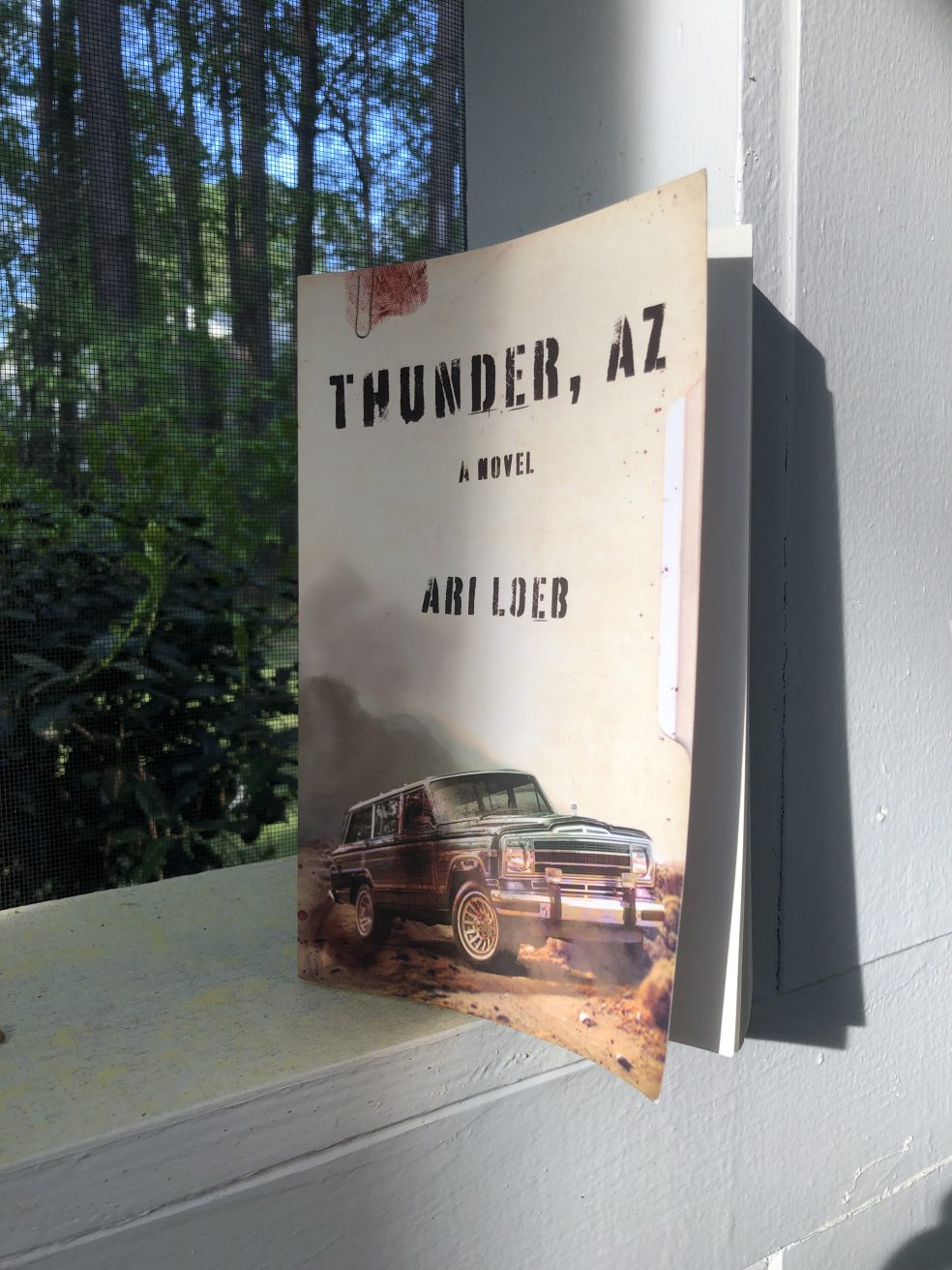 “Thunder, AZ” is a debut apocalyptic horror novel by Ari Loeb based in the Western America and New York City. The book recently won gold for best horror novel per the Reader Views 2021-2022 annual contest.

Mr. Loeb’s writing is tight and fast-paced, as is his action. The plot follows a young college student, Jimmy Johannsen, whose twin sister dies expectantly, requiring a return to his hometown of Thunder, Arizona, a backwater town whose heyday occurred in the earlier part of the twentieth century when uranium was being mined locally for nuclear weapon creation.

From the get-go, when Jimmy is picked up by his mother at the airfield closest to Thunder, he senses something is wrong with his hometown; people are disappearing and behaving strangely, and natural disasters begin to occur with no understandable pattern.

The story line loosely revolves around an ancient Native American relic and toxic poisons pent up in the uranium mines which have only recently reached the surface. To describe more would be to create spoilers so read the book or listen to the audiobook to see where the plot goes.

There is a lot of graphic violence in the novel; there’s humor, particularly some good newspaper/magazine story captures about halfway through. Thunder, AZ has an exceptionally high body count, so be prepared for that. I think what I found most “horrific” about the novel was the huge role  chaos had in “controlling” events. Some rhyme and reason for this is revealed as the story unfolds, but the most terrible “monster” is the complete unpredictability of events (other than the general direction of things going to hell in a hand basket).

Most of the developed characters are either anti-heroes or villains; there are few traditional heroes to cheer for, which is okay; I found myself wondering at times if anyone was going to make it out alive.

The novel is a quick read and is as advertised: a chaotic romp through malign, disastrous forces released on a small mining town. Some main characters are introduced at the story’s beginning, but many are added in the middle and even near the end. There are several subplots, some of which coalesce, and some which don’t. I began reading and quickly wanted to know how things would end which is the basic deliverable I require from a novel: is it interesting enough to wait for the payoff at the end? Mr. Loeb provided this in a gritty, hold-on-to-your-seats fashion.

An element which could have been done differently was the jerkiness of introduced stories; often, one story started seemingly at random when compared to other plotlines. This may have been done by intent (it’s a book about chaos) but a little more uniformity of presentation and a few reminders throughout the story about who relates to whom, etc. would have been more helpful to me. For instance, there’s a short story after the conclusion of the main part of the novel that might have been better presented within the main storyline itself. I say this because it gave me a feeling like several short stories were stitched together; a little more connection between these sub-tales would really add to the overall effect. There are some minor typos which do not take away from the reading experience.

Overall, a great debut novel by Mr. Loeb, who can obviously create cataclysmic action that makes you want to duck and cover your ears, hoping that his characters survive the next tumultuous challenge.

This site uses Akismet to reduce spam. Learn how your comment data is processed.